God at West Point: A History of the Place of Religion Within the Educational Program of the United States Military Academy 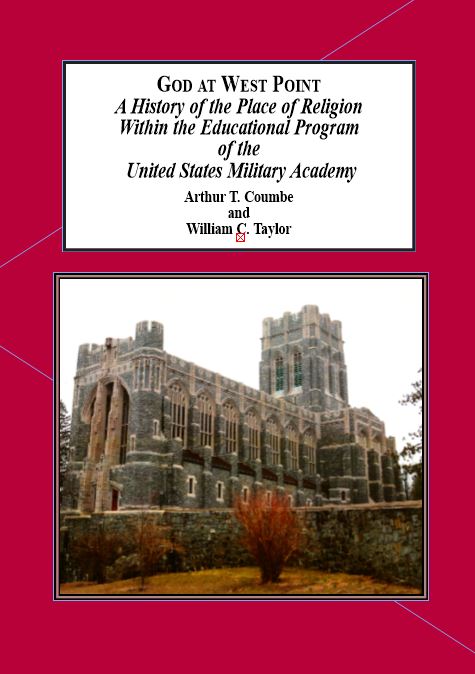 In this study, Dr. Coumbe and Mr. Taylor trace the history of religion at West Point from 1813, when the first academy chaplain was appointed, until 2015. It explores the development and evolution of the Academy's chaplaincy, analyzes its struggle with conflicting constitutional principles, and details the way it handled the increasingly diverse makeup of its cadet corps. The authors address several topical issues, most notably, perhaps, the supposed Evangelical over representation in and the growing secularization of the military. Scattered throughout this narrative is a consideration of the civil-military relations aspects of religion in the Army's oldest and most storied commissioning source.

"So, in all, this volume establishes a new history on the vital part of a venerable Academy where little to none now exists – the role of religion on the moral development of the core of the Army’s future Officer Corps"
Dr. Don M. Snider,
West Point

"... addresses a topic that needs to be discussed and debated-the role of religion and spirituality in the profession of arms. Military historians will find this book intriguing and informative as it explores an area undexamined by other researchers. Religious historians will welcome in-depth detailing of religious activity in the military institution. Scholars studying America's civil-military relations will appreciate how Coumbe and Taylor analyze the relationship between civil society and the military established to protect it. Those in uniform will will be prompted to reflect upon the role and influence of religion within their profession."
Dr. Leonard Wong,
U.S. Army War College

IV. Chapter 3: A Military Chaplain for the Chapel?