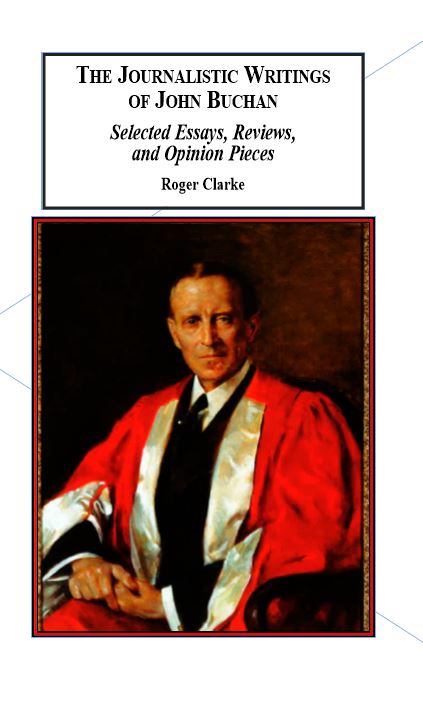 This book offers a selection of annotated essays derived from Buchan’s journalism which provides evidence of the interconnected nature of his journalism and his literary work. This is the first collection of his essays to be published since his death and the first to include scholarly notes.

The twenty-five essays collected in this volume are a small selection from over 1,000 articles and reviews which Buchan wrote during his career as a journalist. … But the literary connections in Buchan’s journalism are by no means limited to his literary essays; they are represented here by essays on politics, imperialism, and race. Buchan’s work is particularly sensitive to, in his view, the malign effects of modernity. These effects can be psychological, or physical, or a combination of the two. Indeed the literary connections in Buchan’s journalism are generally so pervasive that different selections of essays could be made concentrating on non-literary topics, which would contain a significant number of ideas and themes that are reflected in his literary work.