Music and Poetry of Glorious Things of Thee are Spoken (1779): A Sung Prayer of the Christian Tradition 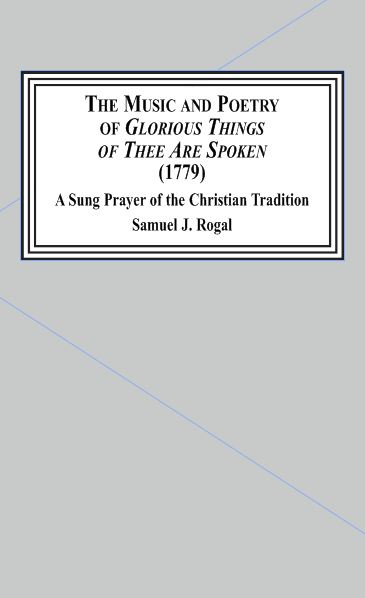 This is a close study of both the poetic elements and musical setting for Glorious Things of Thee Are Spoken. This hymn, written by John Newton in 1779, on a broader level proves an example of a rhythmical argument in its attempt to promote the evangelical revival within a rural English parish as well as promoting Newton’s inspirational desire to perpetuate the faith while comforting sincere Christians.

This book is volume 17 in the series called Sung Prayers of the Christian Tradition.

"John Newton's hymn, "Glorious things of thee are spoken," published in the Olney Hymns(1779), has become an essential in the ongoing and debatable distinction between poetry and congregational hymnody. For Newton, the piece comprised, primarily, a hymn underscoring the poet's commitment to the Christian Church. Secondarily, it echoed Newton's own record of individual experience, marking the successive stages from his involvement in the African slave trade, followed by penitence, conversion, justification, and sanctification in the life of a Christian pilgrim through the vale of sorrow to eternity."

2. Introduction to the Olney Hymns and to “Glorious Things”

4. The Text as Congregational Hymnody in Hymn Book and Hymnal

6. John Newton beyond “Glorious Things of Thee Are Spoken”