The 1783 Shipwreck of the Antelope in the Western Pacific. The Journal of Captain Henry Wilson / A Neglected Event in British Maritime History 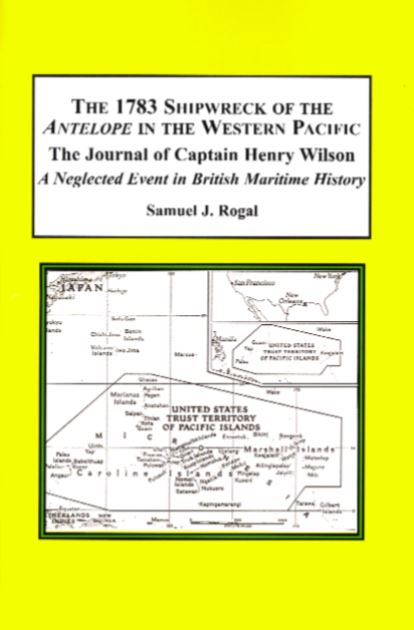 This is a new edition of the account of the shipwreck of the British East India Company Antelope that was written by Captain Henry Wilson and Editor George Keate brings to attention of modern readers a detailed record of life among a remote and so-called "uncivilized" people. It details the attempt of Pelew natives to comprehend the thoughts and view the practices of a group of young, sea-faring men who represent the so-called "enlightened " part of the world.

"... the abbreviated 131-page edition of Wilson's Account that comprises this present volume provides the opportunity --- perhaps the only opportunity --- to examine a small part of the eighteenth-century world --- a speck on the map if you will. ... its focus upon a native population rarely viewed upon a printed page; its language, its daily habits, its customs, its beliefs, its beliefs, its structure of government."

2010 - Neville Chamberlain’s Domestic Policies. Social Reform, Tariffs and Financial Orthodoxy
2014 - A HISTORY OF ELECTIONS TO THE HOUSE OF LORDS IN THE UNITED KINGDOM FROM 1707 TO THE 2010 GENERAL ELECTION
2010 - Shipping Freight by Water in Britain and Ireland. Calculating Economic Cost and Environmental Opportunities
>> See all our British Studies books