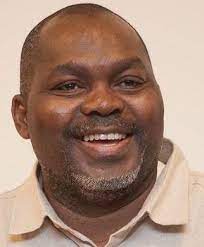 From the Introduction:
"Poetry is like song, or rather, poetry is song. If we say the first, we are right. If we say the second, we are also right. No wonder the Belgium committee of the Nobel Prize gave the literature prize to, of all people, Bob Dylan, in 2016. In other words, they gave it to a singer; a music composer. Which is to say that much of poetry can be sung, and much of song can be poetic."

From the Preface, by Professor Michael J. C. Echeruo (William Safire Professor of Modern Letters, Emeritus):
"Few of us exhibit as much interest in the finer, subtler meanings of literature and culture as Obiwu does. We must feel vindicated in having a teacher of English and world literature who is also at home with the issues of consciousness, being, and feeling as Obiwu. His students, if they paid attention, would have been well prepared for some of the challenging concepts of living in this century that threaten to dehumanize us all. The double epigraph to the chapter on Christopher Okigbo and Ezra Pound, in What Is Poetry?, prefigure what the limitations of any such effort could be: a battle between death and life, Ecrits and the Gospel of St. John."