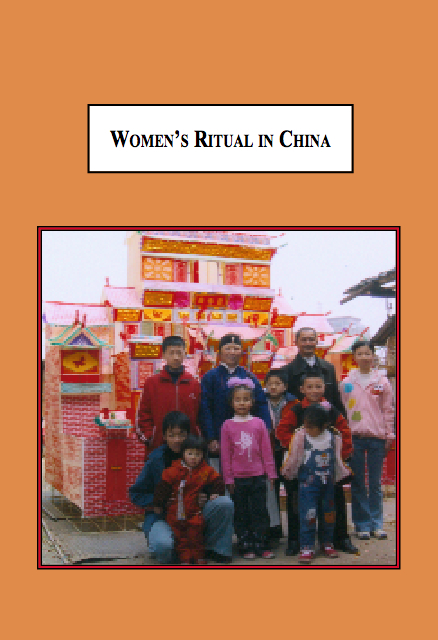 Based on historical, textual and field studies, this work examines the paradoxical nature of jiezhu, which simultaneously upholds and challenges tradition through religious and social empowerment. This book contains twelve color photographs and twenty-eight black and white photographs.

“. . . Neky’s scholarship challenges conventional wisdom about the ritual process, especially in the sense that jiezhu rituals do not appear to fully conform to the tripartite structure of van Gennep’s model of rites of passage. This is because the women who undergo jiezhu are not fully reincorporated into communal life; instead, they are transformed into members of a new community of lay Buddhist worshippers, thereby increasing their status in the eyes of their peers. Neky’s research clearly demonstrates the importance of jiezhu for lay women in terms of encouraging friendship and bonding, while also showing that the bestowing of a Buddhist name (foming??) in the course of these rites represents a new form of identity. As a result, jiezhu does far more than merely help women cope with the physiological and psychological stresses of entering a new phase of their lives; it also contributes to their accumulation of symbolic capital, while augmenting their status (and power). – Dr. Paul R. Katz, Institute of Modern History

“Examples of women’s rituals are so scarce that Cheung’s discussion of Jiezhu should prove invaluable to further exploration of why and how women ritualize, what forces control and shape those rites, and the ways in which ritual meaning is formed and appropriated.” – Prof. Lesley A. Northrup, Florida International University

"Neky Tak-Ching Cheung's Women's Ritual in China is a welcome addition to the fields of popular religion and women's studies. ... It deals with an important topic, is presented in a lucid narrative style, and is supported by an efficient background introduction (in terms of both Chinese religious history and Western theories), rich ethnographical information, and sharp analytic insight. Students and Scholars in Chinese religion (especially lay Buddhism) as well as in women's studies will appreciate this work." -- Prof. Shin-Yi Chao, Rutgers University - Camden