The Royal Licensing of London Theatres in the Seventeenth Century: A History of the Killigrew and Davenant Patents Granted by Charles II 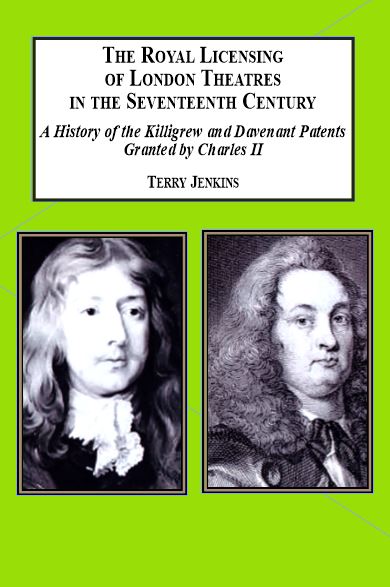 This monograph records the the history of royal licensing of theaters that begin in 1660 when Charles II granted the Davenant and Killigrew patent to John Rich. The patent was owned by John Rich for fifty years. It places John Rich's theater ownership in historical context and includes an in-depth and comprehensive history of the patents themselves.

"In 1660, the Restoration of the Monarchy placed Charles II on the throne of England. One of the first acts of his reign was to authorise two theatrical patents. The grant allowed each of the recipients to build a theatre and form an acting company in London. These exclusive rights and privileges were granted to two of his courtiers, Sir William Davenant and Thomas Killigrew, their heirs and assigns, in perpetuity. The grants established a monopoly that has never been rescinded. This is the history of those patents, their owners and how they were used, from the Restoration to the present day.

Chapter Three: 1682-1714: The United Patents, and the involvement of Sir Thomas Skipwith and Christopher Rich

Chapter Seven: The 1843 Theatres Act, and Beyond

1985 - Selective Study of English History Plays in the Period Between 1960 and 1977
1998 - History of European Puppetry Volume Two: The Twentieth Century
1975 - DOMESTIC DRAMA: A Survey of the Origins, Antecedents and Nature of the Domestic Play in England, 1500-1640
>> See all our Theater books