The Literary Influence of the Medieval Arabian Nights on Gabriel Garcia Marquez and Novelists of the Arab World: Magical Realism Between East and West 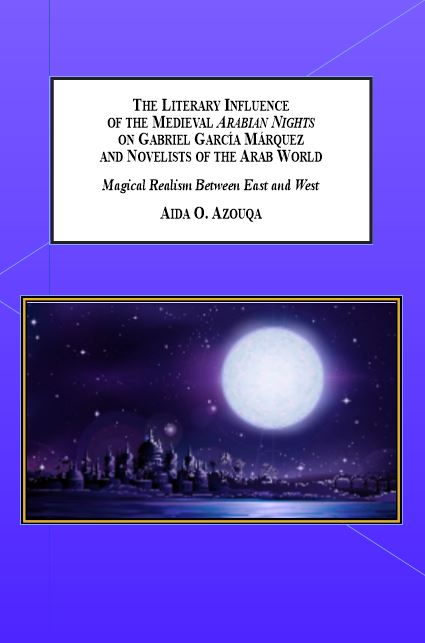 While Adaptations register the Arabian Nights' resiliency to fit numerous literary modes, the book demonstrates that understanding the spirit of their hypertext has merited their magical realist novels in achieving their fictional purposes. Accordingly, the novels examined in this book use the varied elements of the Arabian Nights to break away from conventions of realism. The categories of the Arabian Nights in general, and its marvelous in particular, invariably suggests that novelists used to them either to subvert the discourses of colonial archives of discovery, or the transgression of institutionalized censorship.

"Azouqa's is an important exploration into the modern Arabic novel, its marvelous realistic turn, that receives only a little and passing attention before. Although focusing on a few named novelists, the study furnishes a critical introduction to a genre that still receives good attention among readers and researchers. With this critical reading, supplemented with some substantial research, and insightful readings, she opens the doors for further studies that are bound to read the expanding and also winding routs of the Thousand and One Nights in different cultures."
Professor Jasim al-Musawi,
Columbia University

"... brings attention to the influence of Marquez on Arab authors. It begins with a rigorous account of the ways in which Arabian Nights impacted the themes and narrative structure and techniques of Marquez's writings. Then the author explores the intertextuality of the works of seven Arab authors and Marquez's works by presenting a detailed and thorough comparative analysis of the narrative techniques employed by the authors."
Dr. Barkuzar Dubbati,
George Washington University

Chapter One: Gabriel Garcia Marquez's Macondo and the "City of Brass" in the Arabian Nights

Chapter Two: Immobile Time in Gamal al-Ghitani's The Zafarani Files and the The Arabian Nights

Chapter Four: Malicious Jinn in Fadhil al-Azzawi's The Last of the Angels

Chapter Five: Ibrahim al-Koni's The Bleeding of the Stone and Arabian Nights'Metamorphosis Tales