The First 150 Years of Protestant Church Building 1517-1700: A Study in the History of Religious Architecture 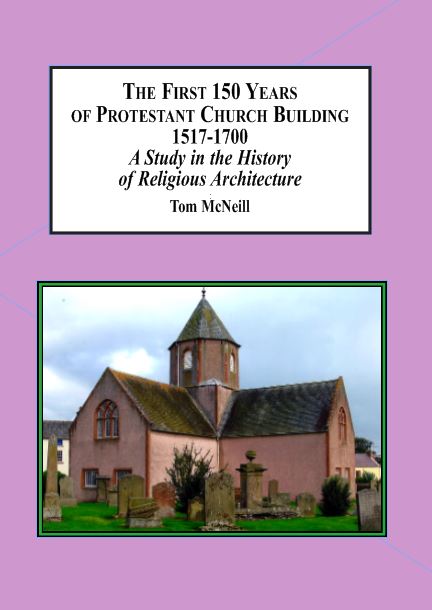 The subject of this book is the evidence to be be derived from a study of the physical remains of the churches constructed for Protestant denominations in Western Europe during the first century and a half after the Reformation. Only part of Europe saw substantial Protestant communities and their churches survive, mainly Germany, the Netherlands, Great Britain and Scandinavia. There were churches produced by Lutherans, Calvinists and Anglicans. The period covers two major church developments in church building: the Reformation in ideology or theology and the arrival of Renaissance ideas from Italy into Northern Europe. The book includes 23 Black and White photos and 13 Color photos.

"What has until now been lacking is a proper and detailed account of the new works which took place across much of Europe to accommodate the new religions of the followers of Luther, Calvin, and others, at a time when nominal adherence to the practices of the ruling elite were essential. In this important and much needed book Thomas McNeill traces these conflicts and shows how ideology and changes to the services affected the design of the churches, and how much survived from the style and ornament of the medieval period." Professor P.W. Nixon, University of Nottingham

Chapter 6: Anglicans in England and the British Isles

2002 - Architecture of the Adina Mosque in Pandua, India Medieval Tradition and Innovation
2003 - Place, Meaning, and Form in the Architecture and Urban Structure of Eastern Islamic Cities
2002 - Landscape Planning for the Arid Middle East an Approach to Setting Environmental Objectives
>> See all our Architecture books