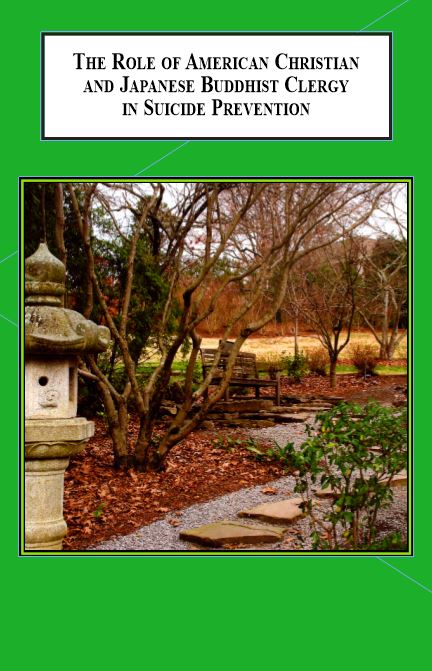 The purpose of this study is to examine American and Japanese clergy’s perception of their role in the prevention of suicide. The research questions are: (1) How do clergy in the US and Japan perceive suicide?; (2) Do they see suicide differently?; and (3) How do they envision the role of suicide prevention? The hypotheses are: (A) Christian clergy think that suicide is an unacceptable “sin;” (B) Buddhist clergy are more accepting of suicide than Christian clergy; and (C) There are role differences related to suicide prevention in the Japanese and American religious communities; and (D) American and Japanese religious leaders have a different view of their obligations related to suicide prevention. The investigator sent 400 anonymous mail surveys respectively to New York and Tokyo. The surveys asked about the clergy’s personal beliefs and the Church’s role in suicide prevention. The investigator analyzed the responses using both quantitative and qualitative methods. The major findings are that many American Christian clergy consider suicide to be a sin; but that “God’s love is available for people who committed suicide.” Many Japanese Buddhist clergy think how one dies is not the most important issue.

“The combination of an original topic, the blend of quantitative and qualitative research, and an international comparative study makes [the author]’s book well worth reading. It is for all these reasons that I commend it to your attention.” – Prof. Joel Blau, Stony Brook University

Chapter 1: The Role of Clergy

Chapter 4: Analyzing “Why” and “Where” Cultural/Religious Differences Come From: Results of the Qualitative Questions

Introduction
Sin or not Sin?
Obligation to Help or Not?
Can Pastoral Counseling Prevent Suicide?
Social Factors of Suicide
Counseling
Training Experiences