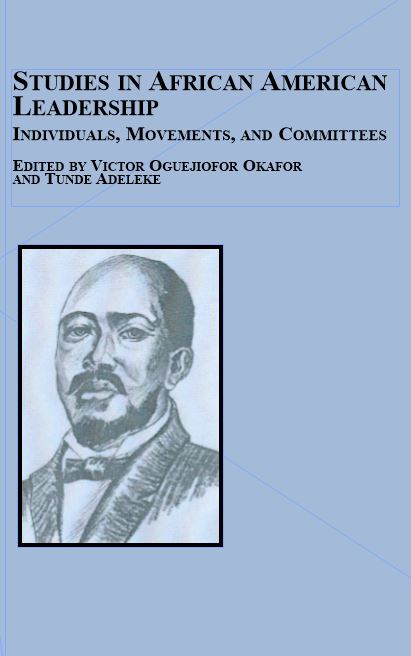 This anthology presents a variety of essays dealing with heroic contributions made by a select group of African American men, women and organizations to the intergenerational struggles of New World Africans for social equality and racial justice. The essays are refined and updated versions of a set of papers delivered by scholars of African American life and culture at the 2001 convention of the Southern Convention on African American Studies, Inc. Teachers and students of African American history and politics will find the work exceedingly useful.

As a contribution to scholarship, the anthology documents the visions, thoughts, and actions of African American leaders and organizations that had not either received judicious attention within academe or has been misinterpreted. Examples include the understated role of the Congressional Black Caucus (CBC) as a champion of African policy interests in the United States Congress, the counter-hegemonic role of black feminist scholarship, the influence of Afro-Atlantic religion on slave resistance and rebellion in the Americas, and a comparison of the life cycle political socialization of African American and white radicals. An apt example of the kind of new historiography that this work represents is its chapter on the role of one of the icons of African American history, Martin R. Delany (1812-1885). This chapter discusses Delany in the context of a new interpretation of his philosophical and strategic outlook – one that deviates markedly from popular portrayals of his role in African American historiography. In it, Dr. Tunde Adeleke argues that much of the literature on Delany’s contribution to the African American community’s struggles of his time has been tainted by an “instrumentalist or applied historiography.”

“In this highly significant volume, Dr. Okafor and Dr. Adeleke cover a wide spectrum of African American life and history through scholarly portraits of individuals, institutions and movements. Most of the essays address previously untreated topics or add fresh perspectives on older treatments ... The essays in this book demonstrate anew the complexities of African American life in bondage and quasi-freedom as well as during the freedom struggle of the Civil Rights era ... A strength of this work is that, while based upon the best scholarly evidence, the essays are readable for both the scholar as well as an interested and informed popular audience.” – (from the Preface) Professor Alton Hornsby, Jr., Morehouse College

“This collection of essays is an important project. It deeply explores the dynamic concept of heroism as an essential tool for Africalogically and historically locating the African American experience. This carefully edited work reveals that heroism can be found in every aspect of African American life and culture and demonstrated by people from all walks of life ... This is a commendable effort in the historical study of African American organizations, events and historical personages. It represents a fresh perspective from established and new voices in African American Studies.” – Professor Katherine Olukemi Bankole, West Virginia University

“Drs. Okafor and Adeleke’s edited volume offers an interdisciplinary focus on various aspects of historical African American struggles for liberation. Substantive essay topics include a case study on the 1960s Civil Rights movement via Fayetteville in North Carolina; a political socialization comparison of African American and Euro-American student activists from the 1960s; and the role of the Congressional Black Caucus in empowering African interests in U.S. foreign policy initiatives. These contributions provide very useful case studies that interweave the politics of freedom within a micro and macro frame of reference ...” – Professor Mark Christian, Miami University of Ohio

1995 - Black Resistance Movements in the United States and Africa, 1800-1993. Oppression and Retaliation
1990 - Moral of Molliston Madison Clark the Adverse Atavisms Antiabolitionists Adored and an American African Minister Moved to Abort
2013 - Activism and Disciplinary Suspensions / Expulsions at Historically Black Colleges and Universities. A Phenomenological Study of the Black Student Sit-In Movement, 1960-1962
>> See all our African-American Studies books