Sources of Islamic Jurisprudence: Justice and Law in Islam 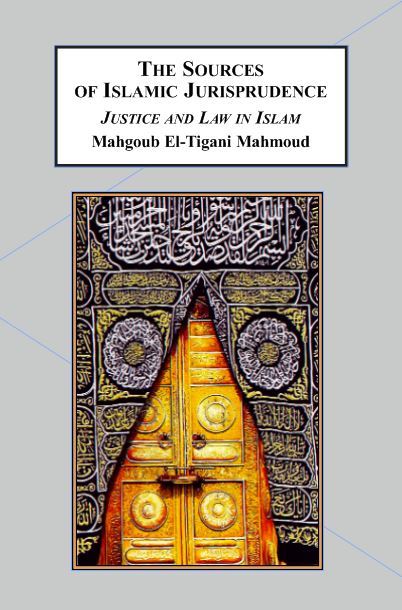 Islamic jurisprudence and its sources are brilliantly explained in this compelling and instructive book. The reader comes away with a clearer sense of the meaning of Shari’a principles and jihad, and how social justice theories translate into practical actions and practical reality in today’s global community.

“Dr. Mahmoud is at his best when exploring how Muslims implement their principles of justice.”
-Prof. Lewis V. Baldwin,
Vanderbilt University

“This is ground breaking work, in terms of its moral and ethical philosophy is carefully drawn from the sacred book of Islam, the Holy Qur’an, and brilliantly analyzed by Dr. Mahmoud.”
Prof. Wosene Yefru,
Tennessee State University

“The struggle for democracy and justice remains central to the future of Islam…this work could contribute significantly to this debate in favor of greater tolerance, greater freedom, and peace, as well as for the texts and traditions of Islamic law.”
-Dave Peterson, Director
National Endowment for Democracy

2007 - Freedom of Intellect Movement ( Buddhir Mukti Andolan) in Bengali Muslim Thought, 1926-1938
2009 - Women and the Qur'an. A Study in Islamic Hermeneutics
2008 - Impact of Religious Factors on Educational Change in Iran: Islam in Policy and Islam in Practice
>> See all our Islamic Studies books

2018 - Muhammad-The Hadith Jurisprudence: The Development of Islamic Law after the Qur'an
2015 - Criminology and Penology in Islamic Jurisprudence
2008 - Linkages Among African and African-american Thinkers
2006 - Human Rights of African Prisoners
2005 - Human Rights in Africa
2003 - State and Religion in the Sudan
2002 - Sudan Law and International Human Rights Norms