Michio Ito's Reminiscences of Ezra Pound, W.B. Yeats, and Other Matters: A Translation and Critical Edition of a Seminal Document in Modernist Aesthetics 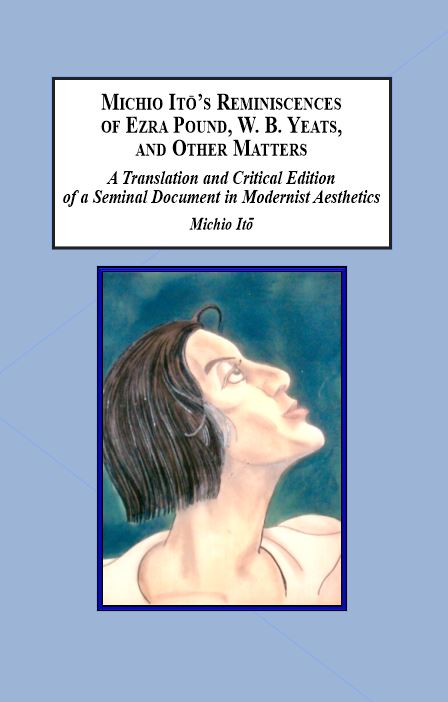 This work offers the first complete translation of an autobiographical talk the dancer and choreographer Michio Ito gave in Japanese in 1955, which was originally transcribed and published in 1965 as "Omoide wo kataru: Taka no i shutsuen no koto nado" (Reminiscences: On Appearing in At the Hawk's Well and Other matters). Ito's memorable account of an important interlude in the history of early twentieth-century Anglophone modernism has been recognized as a significant primary source in the scholarship of Ezra Pound, W. B. Yeats, and Modernist studies more generally. This translated text includes 8 color photos.

"For the Modernist artist, Pound's 'planes of relation' comprise the dynamic source of what we call beauty, whether in sculpture, dance or poetry, and it was finding the 'balance' within those planes to which Ito devoted his life as a dancer and choreographer, despite hardships imposed on him by two world wars and his cultural displacement. In the end, this remarkable - and remarkably expressive - reminiscence, for the first time brought elegantly to English in this volume, locates Ito not just teetering at the edge but catching the center."
Dr. John Gery
University of New Orleans

"This annotated critical edition of Michio Ito's reminiscences arrives at a most opportune time for Modernism studies and modern literature more generally. Recognition of the mutual influence between Transatlantic Modernism and East Asian art and literature is slowly reaching a point of maturity in Western scholarship. The new availability of this pivotal document in East-West Modernist relations will add an extremely valuable dimension to this discourse, not least due to the clarifying role of Ito's essay famously takes in establishing how and why he contributed to the burgeoning literary and theatrical scene in London during World War I."
Dr. Mark Byron,
The University of Sydney

Reminiscences: On Appearing in At the Hawk's Well and other Matters, Michio Ito

2001 - Mutsu Munemitso and Identity Formation of the Individual and the State in Modern Japan
1991 - Mary Jane Forbes Greene (1845-1910), Mother of the Japan Mission: An Anthropological Portrait
1988 - The History and Theology of Soka Gakkai: A Japanese New Religion
>> See all our Japan & Japanese Studies books