Explaining Why Compassion is the Highest Value of Buddhism: An Analysis of an Ideal Religious Type 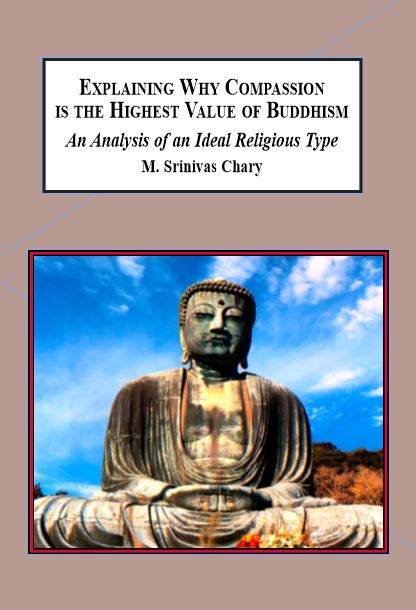 In this work Dr. Chary looks to the ways in which Buddhism has already affected the lives of many in the United States and elsewhere in the West, and what Buddhism now promises for many more people in the years to come. This book should be helpful to readers from a wide range of religions.

"This book is a comprehensive study of Buddhism and compassion. This study fills a long-standing gap through its comprehensive exploration of the Buddhist perspective on compassion and loving kindness. Buddhism and its philosophy are captivating, challenging and endlessly fascinating. It reviews the Buddha's penetrative insights in suffering (and liberation therefrom), karma, dharma, impermanence, selflessness and compassion. This study is enhanced by reference to primary source material supplemented by numerous interviews with respected Buddhists and scholars. It is also based on numerous Sanskrit and Pali texts of Buddhist philosophy which describe and praise compassion in the purest sense of the term."

Chapter One: Compassion and Love: The Bigger Picture of Buddhism

Chapter Three: Three Buddhist Ways Toward Compassion: The Importance of the Bodhisattva Avalokitesvara

Chapter Four: The Dalai Lama the Monk and the Mystic: His Teachings on the Power of Love and Compassion

Chapter Six: Obstacles to Love and Compassion: The Buddhist Approach to Dealing with Anger

Chapter Seven: The Power of Generosity and Forgiving: Healing Force in the Changing Times

Chapter Eight: The Law of Dharma and Karma