Coffee Oversupply and the Need for Managed-Trade Regimes 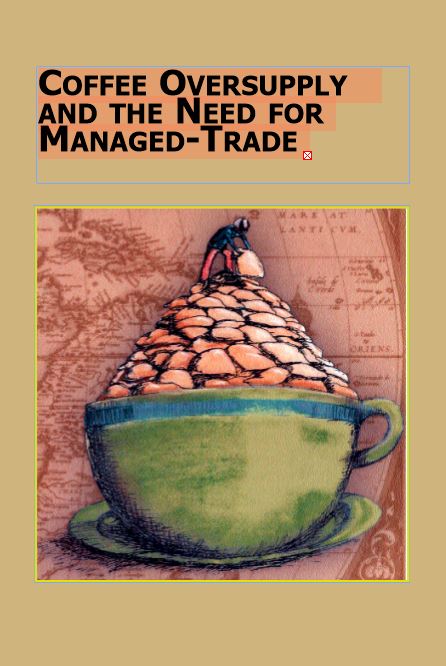 This study examines the history of the international coffee trade by looking at how it has been impacted by worldwide supply, conflicts between consumers and producers, international regimes that employ quotas, and the linkage between international security regimes led by hegemonic regional and international powers.

“Examining one of the primary commodities sold to the developed countries, Acheson-Brown has carefully crafted a viable explanation regarding the failure of the producing nations to create a control mechanism along the lines of OPEC. Acheson-Brown starts his work with an examination of the various theories that have been suggested to explain international economic cooperation, then turns his attention to the history of coffee. Acheson-Brown has done a marvelous job of placing the political economy of coffee into historical context, paying close attention to the various attempts made to regulate the commodity. Providing a wealth of statistical information, he has demonstrated the continuing futility of the efforts to create a cartel. Clearly written and compellingly argued ... Blending elements of Economics, Political Science, and History, Dan Acheson-Brown has provided a convincing explanation of why coffee-producing nations have failed to create a regime that can guarantee a favorable market for an agricultural commodity developed nations would be hard-pressed to do without.” – Professor Donald C. Elder III, Eastern New Mexico University

1991 - Agricultural Innovation in Colonial Africa Kenya and the Great Depression
1989 - Constitutional Issues in the Case of Reverend Moon. Amicus Briefs Presented to the United States Supreme Court
1990 - History of Agriculture in Liberia, 1882-1970 Transference of American Values
>> See all our Agricultural Studies books