Churchmanship and Education Reform in Victorian Britain: The Case of A.J. Beresford Hope 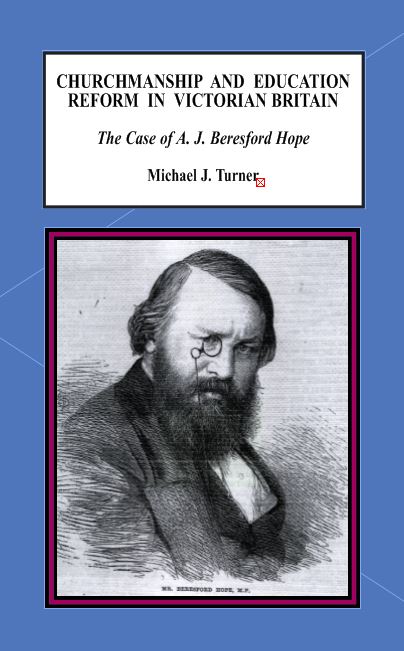 The subject of this book is Alexander James Beresford Hope (1820-1887), a staunch Anglican of High Church proclivities, very wealthy, a champion of the Gothic revival and member of several cultural and learned societies, a writer, collector, philanthropist, patron of the arts, and a respected if somewhat idiosyncratic force in the Conservative Party. Hope’s ideas and activity offer useful and even unrivaled insights into the educational agencies of the Church and the manner in which they were described and defended.

"In Victorian Britain, huge importance was attached to education at all levels. Education was such a contentious political issue because of its religious dimension. It is the premise of the following study that religion cannot be neglected in pursuit of a fuller understanding of education reform in Victorian Britain."

2009 - Picture Theory of Language. A Philosophical Investigation into the Genesis of Meaning
1992 - Human Rights Freedom, Justice, and Equality
2008 - Analyzing Ten Poems from the Poetic Edda: Oral Formula and Mythic Patterns
>> See all our General Studies books

2021 - The Late Victorian Controversy about Hell, Judgment, and an Intermediate State
2018 - Religion and Politics in Nineteenth-Century Britain: Secularism, Conservatism, and Anti-Semitism