Ancestral Spirits Embodied in Ekpu Figurines of the Oron People 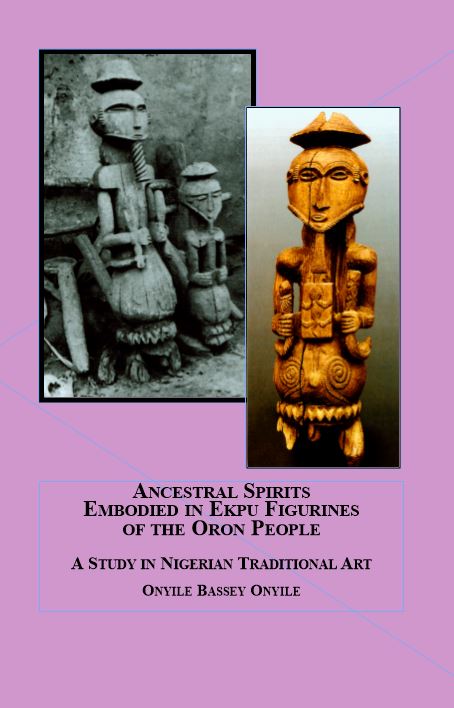 Ekpu Oro ancestral figures existed as summaries of the personal and social experiences of the Oron people of Southeastern Nigeria - they embodied Oron spiritual beliefs and cultural history; hence, were vessels for the spirits of the dead that instilled great influence over the daily, religious, and social lives of the living. As an art form, Ekpu held the key to understanding Oron past tradition that was largely destroyed by colonial and Christian presence in Oron society. This book attempts to reconstruct the histories of Ekpu Oro figures and the Oron people through art historical analysis and ethno-historical reconstruction based. It will also be an experiment in methodology, relying substantially on collected oral testimony and interviews with Oron elders, diviners, and titled chiefs. Thus, this book focuses on the significance of Ekpu figures in Oron life, because of missionary presence, colonial punitive expeditions, and how Ekpu figures served to hold Oron collective memories of Oron people despite overwhelming social changes. This book contains 35 black and white photographs.

“Onyile greatly extends the depth of the study. Explaining symbolic dimensions of the carving style that are limited to the Oron people alone, he interprets the characteristic swollen abdomen of Ekpu figures, as well as conventions used in depicting clothing, accoutrements, hairstyles and headgear. He also expands the breadth of the research, discussing the Ekpu in relation to gender distinctions and the status of each Oron family. As a result, this thorough account deserves recognition as the definitive authority on this individualistic branch of Nigerian art.” - Barbara W. Blackmun, Emeritus Professor of Art History, Mesa College

2002 - Struggles, Challenges, and Triumphs of the African Immigrants in America
2018 - Police Corruption and Community Policing in Nigeria: A Sociological Case Study
2005 - Ola Rotimi’s African Theatre: The Development of an Indigenous Aesthetic
>> See all our Africa books