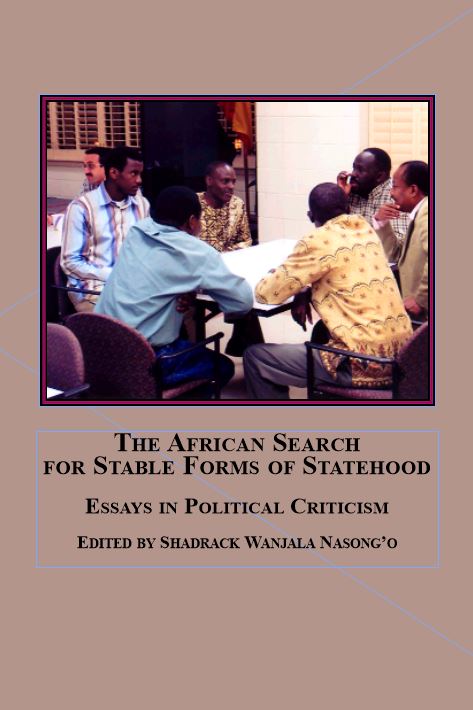 This study explores and the shifting modes of politics in nine African countries as manifested in transitions from colonialism to political independence. Utilizing various theoretical approaches, the work interrogates the conjecture of change and continuity with a view to evaluating the depth of political reform, its impact and prospects.

“Rich, critical, informative, and authoritative, this highly readable book teaches us something new and important about how African politics have been studied and presented. It is perhaps the first to identify and discuss fully the various paradigms that have thus far been deployed to make sense of contemporary politics in Africa.” – Dr. Toyin Falola, Frances Higginbotham Centennial Professor of History and the University of Texas Distinguished Teaching Professor

“Professor Nasong’o should be applauded for his outstanding effort at bringing together a most competent group of scholars from various academic disciplines whose fresh perspectives make this volume a fresh read of an important region that is misunderstood and misrepresented in Western literature.” - Dr. Eric E. Otenyo, Assistant Professor of Comparative Public Administration, Northern Arizona University

“. . . a valuable text which makes a fundamental contribution to the understanding of African politics not only in political science but also in the fields of history, economics, sociology and political anthropology.” - Professor Eric Masinde Aseka, Professor of Political History, Kenyatta University, Nairobi