A New Interpretation of Irish Round Towers: Their Secular Origin and Function in the Tenth to Twelfth Centuries 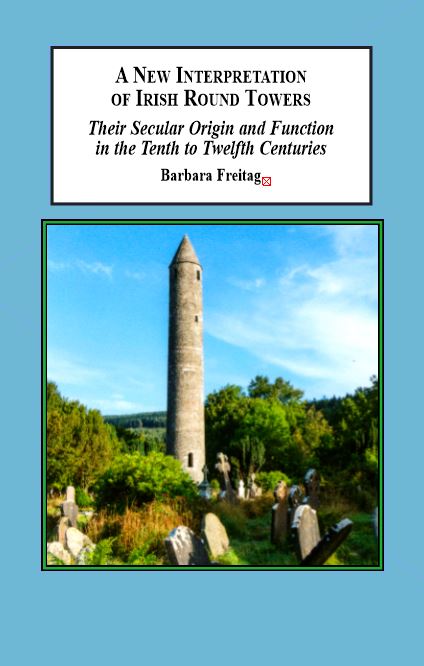 This study challenges all of Petrie's assertions that Irish Round towers were simply places for Irish Monks to store their valuables and proposes a radically new understanding of the Irish round tower. It is guided by Martin Carver's hypothesis regarding early medieval monumentality, and by his three essential questions - 'Why that? Why there? Why then?' - this study deploys historic, annalistic, architectural, literary, and linguistic evidence to establish a secular origin and function for the towers and to situate them as products of the period between the tenth and twelfth centuries.

"The present volume is eloquent testimony to the virtues of a sustained, scrupulous scholarship that subverts the lazy assumptions of authority and precedent. It vividly brings to life a period of extraordinary cultural and political activity culminating in the construction of towers that are captivating reminders of the ambition of the age. Round towers, practically useful and symbolically resonant, are no longer the decorative detail on the sentimental postcard but the living embodiment of a society that sought its own inimitable fusion of the old and the new."
Professor Michael Cronin, Trinity College, Dublin

"Venturing into the substance of the question is what Dr. Freitag does, and while this is dangerous terrain, disputed by entrenched schools of thought, each with sizeable bodies of strenuously assertive vindication, she handles the case with a deft awareness of the complexities involved, an exemplary grasp of native sources, and an uncluttered vision of the period. Disentangling the mutually imposed shortcomings of the opposed orientalist and early-Christian interpretation, and drawing on medievalist insights that have emerged in recent decades as to the nature of Gaelic society, she argues for a combined religious-secular usage involving the habit of taking hostages and prisoners. This is a fresh departure in a field of studies that has been stagnating. Not only does she open it up, she does so by advancing a new interpretative model which is new and properly historically grounded."
Professor Joep Leerssen, University of Amsterdam

1. 'Why There?': The Setting of Round Towers

2. 'Why Then?': The Historical Background