To Empower as Jesus Did. Acquiring Spiritual Power Through Apprenticeship 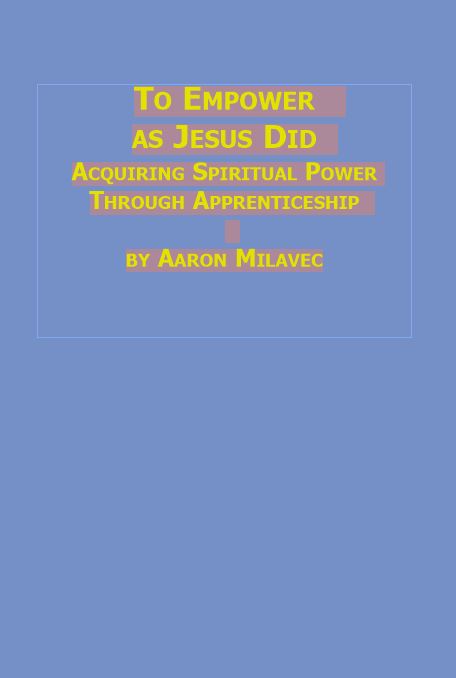 Defends the thesis that the concrete reality of religious life is best understood as a learned activity. Milavec illustrates this thesis through an interpretation of Jesus which pictures him as a "master" apprenticing his disciples, with analyses of individual growth in community, the manner in which personal transformations can occur, and the role of scripture, prayer, and ritual in promoting religious life.

"This is a fascinating and substantial design to break new ground in the understanding of Christian formation and education." - Theological Studies

"Judged in its totality, the volume deserves serious attention in the internal study of Christology within the church as well as in the Christian-Jewish dialogue." - Journal of Ecumenical Studies

". . . the pages of his book reveal both theological brilliance and courage." - Convivium ". . . a stimulating portrayal of the dynamics of the Christian religion." - Horizons

". . . a stimulating portrayal of the dynamics of the Christian religion. I would recommend it for advanced students who already have some grasp of contemporary Christology both for its alternative Christological interpretation and for its theoretical in

1995 - Five Problems in the Interpretation of the Shepherd of Hermas Authorship, Genre, Canonicity, Apocalyptic and the Absence of the Name
2015 - THE LIFE AND MINISTRY OF JESUS AS ENACTMENT OF THE GREAT COMMISSION: A New Proposal for Interpreting Matthew 28:16-20 in Light of Matthew’s Gospel
1991 - Following Joseph Campbell's Lead in Search of Jesus' Father
>> See all our Religion-Christianity-Christology books

1983 - Pilgrim Experiences the World's Religions: Discovering the Human Faces of the Hidden God