The Son of Man in Second Temple Judaism: Reviewing and Advancing the Scholarly Debate 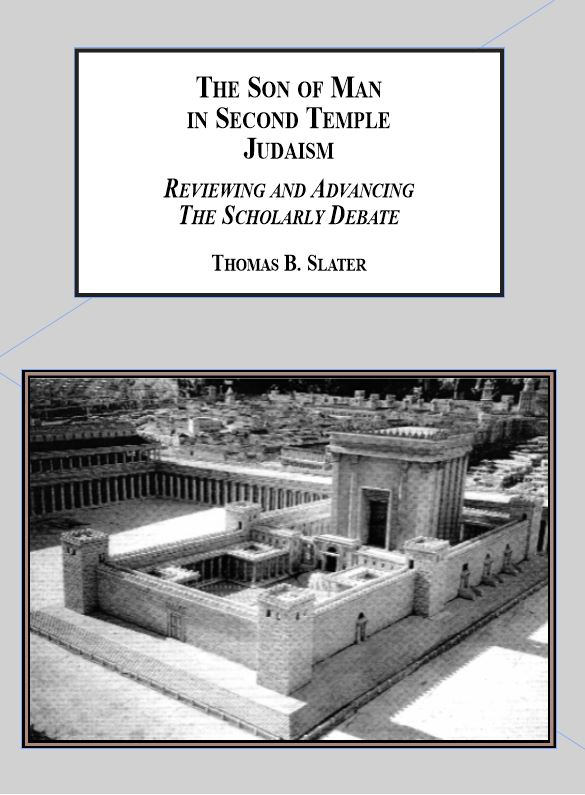 The main argument of this monograph is that the Hebrew Bible (HB) and the extant Jewish pseudepigraphal writings consistently distinguished between generic expressions (e.g., “son of man”/“sons of men” [Ezek 2:1] and, descriptions of heavenly beings in human-likeness (e.g., “one like a son of man” [Dan 7:13]; “someone who looked like a human” [Dan 8:15]). Any investigation of the New Testament (NT) “son of man” traditions must take these distinctions into account.

"The preceding discussion has shown that Jewish canonical and non-canonical writers employed descriptive comparisons to depict heavenly beings in human-likeness while “son of man” and “sons of men” were merely generic references to human beings. Early Christian writers used descriptive comparisons in the same way. In the synoptic gospels, present son of man sayings reflects the generic tradition; future sayings, the messianic comparisons tradition. The suffering son of man sayings are prophesies and originate in the Jesus-tradition."

The Son of Man in Second Temple Judaism: Reviewing and Advancing the Scholarly Debate

1984 - The Image of the Non- Jew in Judaism: An Historical and Constructive Study of the Noahide Laws
2014 - E. Lawrence Levy and Muscular Judaism, 1851-1932: Sport, Culture, and Assimilation in 19th-Century Britain
1988 - Hidden Doctrine of Maimonides' Guide for the Perplexed. Philosophical and Religious God-Language in Tension
>> See all our Jewish Studies books