STRUGGLE FOR ‘COMMUNITY’ IN A BRITISH MULTI-ETHNIC INNER-CITY AREA 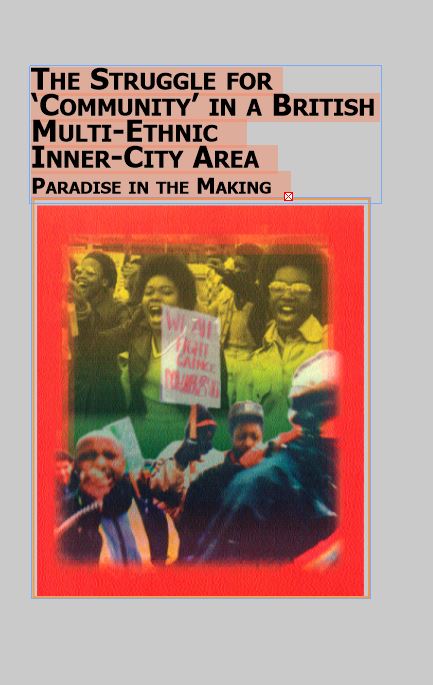 It is a valuable contribution to current sociological debate, seeking to interrogate and resurrect in a theoretically viable way the concept of community. Theoretically the book advances a distinctive conceptualization of community through a wide-ranging encounter with contemporary debates in sociological theory.

“It is a valuable contribution to current sociological debate, seeking to interrogate and resurrect in a theoretically viable way the concept of community. . . . Theoretically the book advances a distinctive conceptualization of community through a wide-ranging encounter with contemporary debates in sociological theory. Empirically the book is highly original and valuable in the long historical sweep of its analysis of the various social movements and political conflicts that have occurred in one inner city area [Chapeltown, Leeds] over a period of thirty years. Together the theoretical and empirical aspects of the study make significant contributions to the sociology of social movements, urban sociology and the sociology of ‘race’ and ethnicity.” – Dr. Paul Bagguley

“This is an important work: refreshing in the author’s obvious commitment to a set of communities that he knows very well; and through-provoking through his reflections on the concept of ‘community’, a concept which is too often taken to be something already understood. In addition, the book celebrates the work of community activists and pioneers over the past quarter of a century – a period which Farrar also documents through his photography of Leeds West Indian Carnival….Farrar’s archive of carnival pictures gives a remarkable insight into a community.” – Community Connections.

“. . . this is a very valuable book, one which deserves to become a classic, with its rich mixture of academic rigour and an ability to provide a uniquely well-informed case study of Chapeltown in Leeds for a long period in time, based on both Max’s personal engagement in community activism and his academic research. I think it makes for a powerful and engaging read. It is one of those rare academic books which I will continue to return to over the years.” – Prof. Graham Haughton

1995 - Sociological Portrait of the Homeless Population in a Moderate Sized City: Macon, Georgia
2005 - Swahili Culture Book Two
2014 - White Slave Owners Breeding and Selectively Breeding themselves with their Black Female Slaves and Girls. Why Black Americans are Not Descendants of Africans or African Slaves
>> See all our Population Studies books