Radical Anti-Communism in American Politics after World War II, 1945-1950: William C. Bullitt and the Campaign to Save Nationalist China 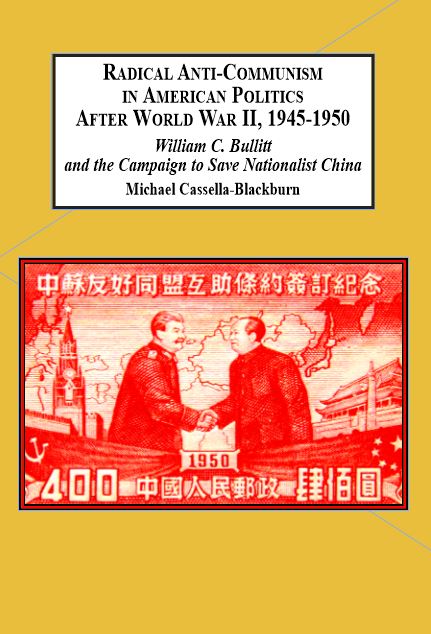 This book looks the career of William C. Bullitt and his campaign to save Nationalist China from Communism in the aftermath of the Second World War. William C. Bullitt put together a complete media campaign to convince the American public and American politicians to support Nationalist China against Communist. Dr. Cassella-Blackburn notes that this campaign was the earliest to use fear as a tool in foreign policy.

"His new book is the first thorough study of a neglected period of Bullitt's life that examines his involvement with the China Lobby after World War II and his belief that the American way in Asia should be the full commitment to Nationalist China leadership of Chiang Kai Shek, which he believed would have prevented the rise of Chinese communism and avoided the tremendous loss of American life in the Korean and Vietnam wars."
Professor Norman Saul,
University of Kansas

A Notes on Sources

1989 - New Concept of Art and Popular Culture in Nicaragua Since the Revolution in 1979 an Analytical Essay and Compendium of 185 Illustrations
2004 - Community Radio in Bolivia - The Miners’ Radio Stations
1995 - Colonia Boer, an Afrikaner Settlement in Chubut, Argentina
>> See all our History-Politics books