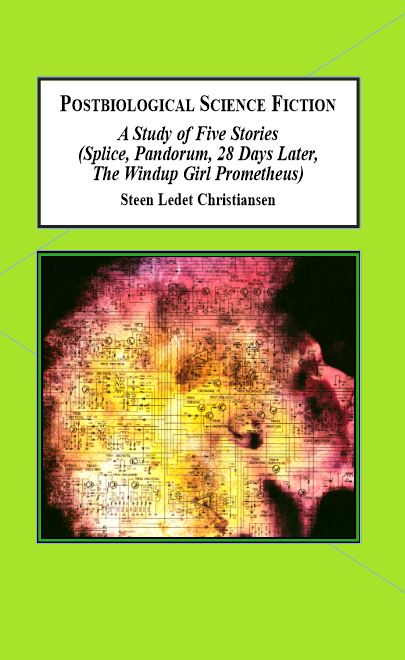 Dr. Christiansen's study looks at the ways that five science fiction stories, Splice, Pandorum, 28 Days Later, and The Windup Girl, look at the notions of humanity and trans humanism. The author argues that science fiction is the perfect genre to examine real philosophical questions about the human condition, its past, and its future.

"Science fiction is a treasure trove of this kind of reflective and replexive activity, precisely because it is a mode of thinking that dares to speculate about things that have not yet happened and may well never happen. Yet in this speculation of potential futures lie many contemporary issues. My own interest in science fiction comes from the genre's ability to show another side to the world, a way of thinking and feeling that goes beyond the known, provokes ideas, and new ways of understanding the world."
From the Preface

2012 - Analyzing the Divisions in the Tea Party Movement. The Varieties of American Political Passion
2021 - Doc Rivers' Cry of Freedom: I Should Just Be A Coach (Hard Cover)
2005 - Scholarly Studies in Harry Potter. Applying Academic Methods to a Popular Text
>> See all our Popular Culture books