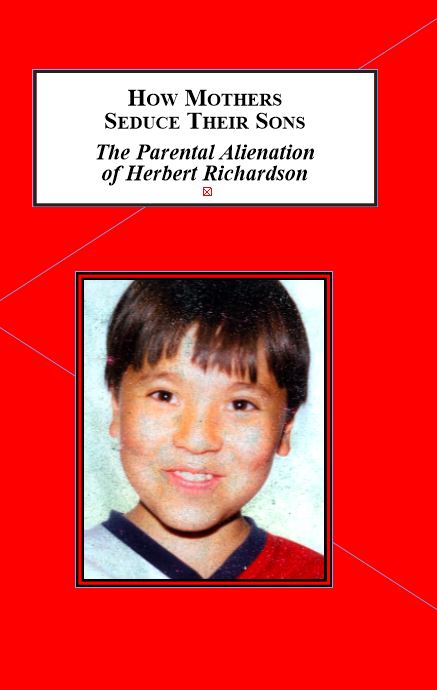 "This is a book about parental alienation. It de-scribes two cases where teenage boys have been psychologically abducted from their fathers by lies told to them by their mothers … the focus is on the mother’s severing her son’s relation with his father in order to make her son into her emotional substitute for his father."
From to My Reader

"Fatherhood exists only in a society where men have learned how to love women, and reciprocally, women have learned to love men. This is because only when women have husbands as their objects of love (and vice-versa) can they allow their sons to become attached to other women whom their sons choose to love. "
From the Appendix

Life Expectancy
The Substitute Love Object
The Goal of Sexual Desire
The Role of the Father
Who is the True Parent?