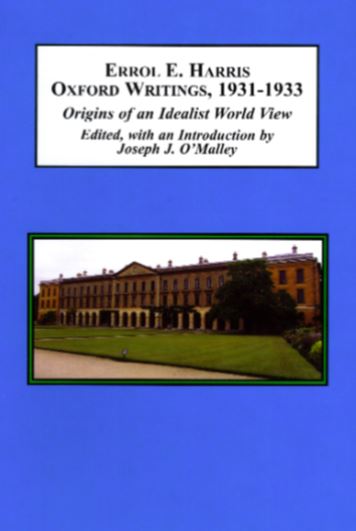 This edition of two hitherto unpublished writings of Prof. Errol E. Harris (1908-2009). The first is an essay criticizing Benedetto Croce’s understanding of the 19th century German philosopher, G.W.F. Hegel. The second writing is a thesis, composed over a two-year period. In it Harris treats the question of how the finite human mind is able to grasp in thought the whole of the university of which it (the mind) is a part or member. The book also has a wonderful foreword by Professor James Connelly indicating its relevance to the current renaissance of idealism in England.

2005 - Herman Dooyeweerd and Eric Voegelin: A Comparative Study
1992 - The Metaphysics of George Berkeley (1685-1753), Irish Philosopher
1989 - Peter of Ailly and the Harvest of Fourteenth Century Philosophy
>> See all our Philosophy-History of Philosophy books