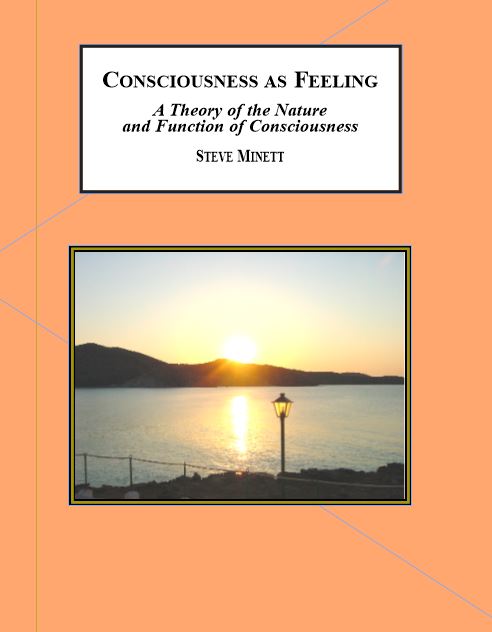 An ‘Ontological’ Approach: four Ontologies & their Interactions My strategy has been to forge a theory at the level of ontology, speculating as to the ultimate nature of reality and of what it is composed. The argument consists of analysing four historical/scientific ontologies and the transitions between them: the first is ‘Folk Psychology’ that I characterise as an amalgam of, Evolved Psychology and Cartesian Interactive Dualism. The first characterised by sentience, affect and empathy. The second embodies a ‘Command and Control’ model of consciousness. This is part of the second historical/scientific ontology, which I call ‘Cart-Tonism’ (an amalgam of classical, Newtonian physics and mechanistic Cartesianism). Cart-Tonism undermined Folk Psychology, and has became the predominant paradigm of contemporary scientific culture. Cart-Tonist ontology has been profoundly challenged empirically (and potentially philosophically) by the ‘new physics’ and especially quantum mechanics. However, this challenge has been nullified by a ‘failure of ontological nerve’ on the part of the ‘fathers’ of quantum theory, very much influenced by Logical Positivism. I label the most extreme version of this ontological failure, ’Ideological Empiricism’, which can be reduced to two basic principles; 1) Observations are the only reality. 2) Speculation as to what may exist beyond observations is meaningless and futile. I conclude that the current predominance of these two ontologies, Cart-Tonism and Ideological Empiricism, is what underlies the failure of contemporary scientific culture to make progress in formulating a theory of consciousness.

The fourth ontology, I’m proposing is ‘Whit-Tum world’. This is a synthesis based on the later philosophical work of Alfred North Whitehead and the philosophical implications of quantum theory. A key feature here is the ‘externalising’ of mind and consciousness by postulating that ‘experience’ (‘sentience’ or ‘feeling’) is the ultimate constituent of reality. Consequently, Whit-Tum world breaks out of the alienating Cart-Tonist cul-de-sac, which has eliminated mind and consciousness from its vision of the world. By linking sensation and affect with ultimate reality, Cart-Tonism’s exclusion of mind and consciousness from nature is reversed at one stroke. This is to say that Whitehead’s ontology undid the alienation of consciousness from the natural world. Thus the continuity of the ‘creation myth’ in human history and culture is re-established. Cart-Tonism is certainly an ontology and even a creation myth. Where it differs from the human tradition of creation myths is that its account of ultimate reality is inherently ‘meaningless’ (in human terms). Traditional ontologies have tried to connect our affective experience of the world with a theory of its nature and composition. Cart-Tonism’s bleak rejection of this link does (I believe) justify describing it as pathological, seen from a humanist perspective. Ideological Empiricism’s breach with the human creation myth tradition is particularly radical, in so far as it explicitly rejects any attempt at ontology formulation. In its dismissal of ‘veiled or independent reality’ (see chapter eleven), it can be compared to Berkeleian Idealism or even to Buddhism. The massive difference being that for both the Buddha and Berkeley, consciousness is explicitly the ultimate reality, whereas Ideological Empiricism denies the existence of consciousness.

Consciousness & its Functions in ‘Whit-Tum world’
In Whit-Tum world however, consciousness emerges out of the constituents of which everything is composed; from ‘drops of experience’, or sentience. This ‘experience’ accounts for the bizarre behaviour of the constituents of ‘matter’ as observed in quantum mechanics. This sentience, inherent in the fabric of all reality, provides a ‘raw material’ available to all living things, assisting them in their evolutionary struggle to survive and reproduce. This raw material is used in many different ways and at several distinct levels of sophistication: in single-celled organisms it can be used to generate the ‘cellular attitudes’, as suggested by Antonio Damasio (see chapter fifteen), the basic awareness of ‘what’s happening to me’, as described by Nicholas Humphrey (see chapters thirteen and fifteen), and the features of intelligent behaviour displayed by, for example, amoeba, as demonstrated by Brian Ford (see chapter thirteen). In the complex nervous systems of mammals, the universal raw material of sentience can be processed into an extensive awareness of the environment. And in us (the most complex of all organisms), it is the basis for the vast richness and diversity of full human consciousness. Language and culture evolved out of our primary, emotional consciousness, and has had a transformative effect on the depth and power of our conscious capacities. Of course, we know very little, in terms of the detailed mechanisms as to how the raw material of universal sentience is converted into biologically useful awareness and consciousness. The important thing, however, is to seize on Whitehead’s insights and move our conceptual world out of the ‘dead’, billiard-ball vision of Cart-Ton world, in which mind and consciousness are by definition excluded, and into the psycho-physical ontology of Whit-Tum world, in which both quantum mechanics and mind and consciousness become immediately plausible and potentially comprehensible.

As to the function of consciousness, I propose that it’s the principle factor in adapting the the human infant’s mind to its environment. An adaptation that later guides adult behaviour. Before the vast influences of language and culture kick in, the conscious life of an infant consists of sensations and the infant’s affective reactions to these. As per Jaak Panksepp’s work (see chapter sixteen), the infant is genetically endowed to produce seven primordial affective responses to the sensations that it receives from its environment. While this sensitive process makes the infant vulnerable to psychological damage, it’s a marvellously effective system for adapting to the infant’s given environment: it enables the infant’s personality and life-attitudes to be finely adjusted to the conditions it finds itself in, even if these conditions are very sub-optimal (hence the potential for psychological damage). I call this process ‘deep learning’ and, according to my argument, it requires Whitehead’s ontological vision of sentience as basic to the fabric of reality in order to be effective: the infant must be conscious of its sensations of the world and it must be conscious of its affective reactions to these sensations if these potentially life-long adaptations are to be effectively established. Later in life the results of deep learning generally slip into the unconscious, but consciousness is necessary when they are being laid down.

"By linking sensation and affect with ultimate reality, Cart-Tonism's exclusion of mind and consciousness from nature is reversed at one stroke. This is to say that Whitehead's ontology undid the alienation of consciousness from the natural world. Thus the continuity of the 'creation myth' in human history and culture."
From the Abstract

Introduction: Our Dilemma Over Consciousness

Part One: From Folk Psychology to Cart-Ton World

Chapter One: The First 'Theory' of Consciousness: 'Folk Psychology'

Chapter Three: The Contemporary Version of 'Cart-Ton World' and Some of its Critics

Chapter Four: The 'Cart-Ton' View of Qualia: Denial and Dismissal

Chapter Five: Rejecting the Self

Chapter Six: 'Infomania' and Other Challenges to Cart-Ton World

Chapter Eight: Rescuing Part of the 'Folk Self' from Cart-Ton World

Chapter Fifteen: The Reality and Function of Qualia

Chapter Sixteen: The 'Whit-Tum Self' - Reinstalling the 'Affective Heart'

2001 - Emotional Response to Music
2015 - A Psychoanalytic Interpretation of the Story of Joseph, the Son of Jacob: A Study in Comparative Culture, Ethics, and Spirituality
1986 - Hare Krishna Character Type a Study of the Sensate Personality
>> See all our Psychology books