An African American Pastor Before and After the American Civil War Volume 6: The Literary Archive of Henry McNeal Turner, 1893-1900 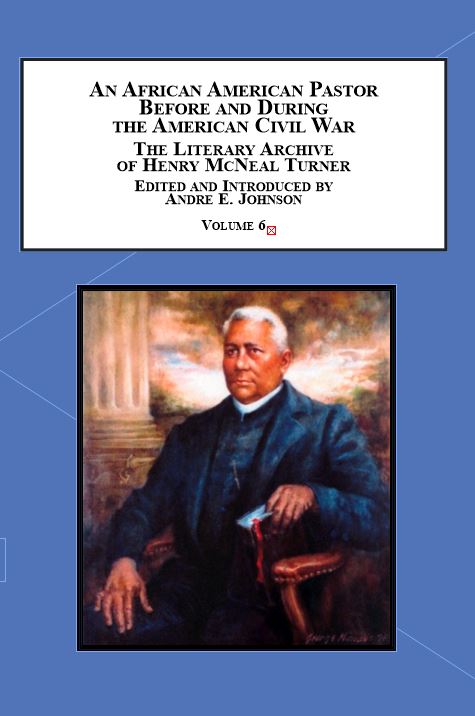 Volume 6 continues the series by Dr. Andre Johnson as he recovers the lost voice within African American History of Henry McNeal Turner one of the most prolific writers and speakers during his time. Post-reconstruction in the United States and Turner's election as the bishop in the A.M.E. Church gave him an important platform from which he shared his views. The letters and correspondence cover the period from 1893-1900.

“… I decided to offer the writings as is, without editing or footnoting. In other words, the writings will speak for themselves and will serve as a primary source for research. … It is my intent to recover a lost voice within African and American rhetorical history. Bishop Henry McNeal Turner deserves to be as well-known as his contemporaries are.”

Part One: Letters to the Church