American Promotion of Democracy in Africa, 1988-2000: A Comparison of the Presidential Administrations of George H.W. Bush and William J. Clinton 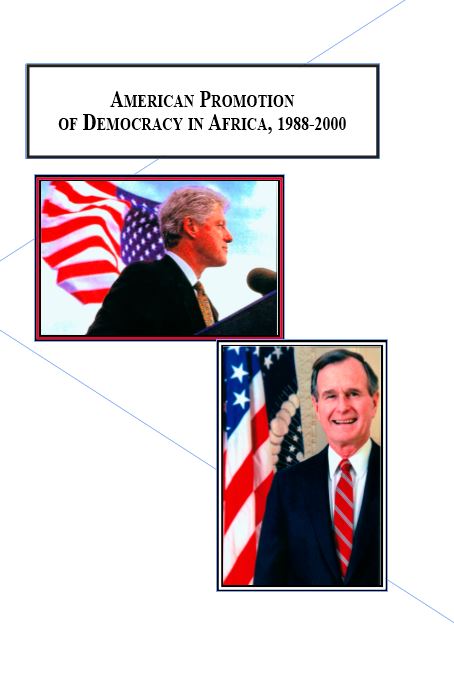 This work examines the relationships between U.S. strategic security, trade interests, and democratic enlargement in Africa. The author demonstrates that idiosyncratic presidential actions shaped the outcomes of the policy to export democratic ideals to Africa.

“Dr. Otenyo has performed a valuable service for students of the American presidency, American foreign policy, and those interested in the future of Africa. Most studies of the presidency and foreign policy have tended to focus on other regions of the world, or the conflicts that dominated international politics. Little research has been devoted to examining how American presidents have influenced policy toward Africa, and this book helps to fill that void in our scholarship.” – Prof. Ryan J. Barilleaux, Miami University

“Dr. Eric Otenyo’s book is among the first and finest books to provide a framework for assessing the president’s role of U.S. foreign policy regarding democratization in sub Saharan Africa. Dr. Otenyo analyzes the sources of presidential power and the interests – Prof. Joseph Gardner, Northern Arizona University

2001 - Ethos of Voice in the Journal of James Rainstorpe Morris. From the Sable Island Humane State, 1801-1802
1990 - Attitudes to Social Structure and Mobility in Upper Canada, 1815-1840
1993 - Issues in the History of Education in Manitoba. From the Construction of the Common School to the Politics of Voices
>> See all our Canadian Studies books