Afro-Mexican Ancestors and the Nation They Constructed 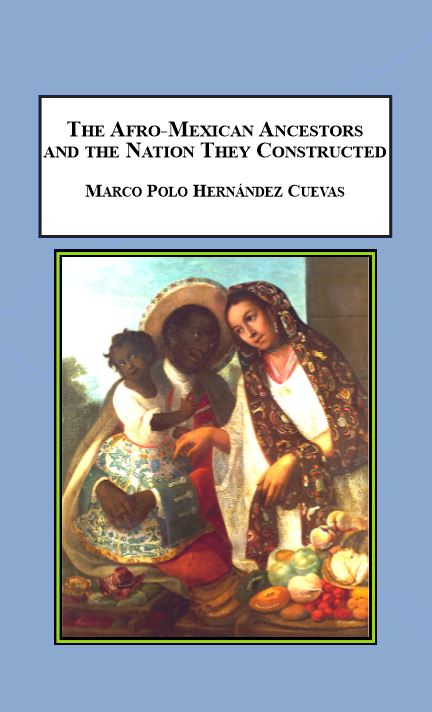 This multidisciplinary study reconstructs nineteenth-century Mexican history from a close examination of its colonial genocidal actions against tens-of-thousands of Africans and African offspring in New Spain. This work establishes and reinserts the importance of the African element to the advancements of postcolonial Mexican history.

“This work deconstructs the denial, removes the cloak of a fallacious mestizaje (miscegenation), and recovers our ancestral memory. For the U.N. observance of the International Decade for People of African Descent (2015-2024), here is a work of scientific rigidity and socio-academic militancy that contributes to the struggle for the definitive construction without ethnoexclusion of our nations.”
-Jesús “Chucho” Garcia,
Head of the Venezuelan Diplomatic Mission to Mali, Bamako (2014)

“This book is a welcome addition to a corpus that shapes the Afro-centrism of a Mexican intellectual with African roots who happens to be proud of his ancestry. It is not, however, a militant, partisan statement with an antagonistic slant, but rather a rigorous scholarly achievement that offers some valuable ideas in a non-polemic, yet somewhat urgent manner. Justice is at stake and the blurring of historical facts to justify discrimination, inequality and even genocide is simply not acceptable.
-Horacio Xaubet, Ph.D.,
North Carolina Central University

“Dr. Hernández Cuevas’ book is a paradigm-shifting book in the field of the studies of African descents in Latin America. It is, indeed, a postcolonial scholarly discourse that questions, deconstructs, and subverts traditional discourses that have been echoing a degrading representation of African descents in Mexico; and/or subverts the denial of representation of African descents in the colonized national imaginaries in Mexico.
At the time when interdisciplinary and multidisciplinary studies are called upon to echo the globalization in academia, Marco Polo Hernández Cuevas offers a unique opportunity to students and scholars in Humanities, Social Science and (Culinary) Arts to find in his book the invaluable knowledge they need through the learning of the (hidden) history of Africa and African Diaspora in Latin America, and particularly in Mexico.”
-Clément A. Akassi, Ph.D.,
Associate Professor of Spanish & French,
Howard University

Acknowledgements
Foreword: Deconstructing the Absences of our AfroMexicanness by Jesús “Chucho” Garcia
Introduction
Chapter One
The Spanish Lunching of Mexican Maroon Pedro el Negro and the Genocide of Africans and African Offspring in 19th-Century New Spain
Chapter Two
The Black Armies of the South: A Historical Reconstruction of the Mexican War of Manumission and Independence (1810-1821)
Chapter Three
The Nineteenth-Century Foundational [African] Mexican Novel vs. the Negrista Novel
Chapter Four
The Mexican Colonial Term “Chino” Is a Reference of Afrodescendant
Chapter Five
West Africa and the Origin of Mexican Rice Cultivation and Rice Gastronomy
Conclusions
Bibliography
Index

1985 - Namibian Herero a History of Their Psychological Disintegration and Survival
1997 - New Perspective on Race and Color Research on an Outer Vs. Inner Orientation to Anti-Black Dispositions
2001 - Guide to Resources in Ethnic Studies on Minority Populations
>> See all our Population Studies books

2010 - THE AFRICANIZATION OF MEXICO FROM THE SIXTEENTH CENTURY ONWARD: A Review of the Evidence
2007 - África en México: Una Herencia Repudiada