A History of the Goddess Isis (soft cover) 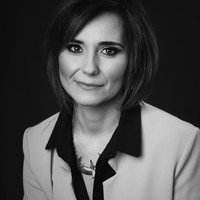 Edited by Malcolm Drew Donalson
An analysis of the historical background of the goddess Isis from her oldest attestations in the Pyramid Texts until the 7th century CE; of her essence and the probable origins of her name; a catalogue of funerary texts and objects of the Eighteenth Dynasty in which the goddess appears

PART ONE - Chief Characteristics of the Isis Cult in the Roman World
Chapter 1 - Queen of Heaven, "All-goddess," "All-ruler"
Chapter 2 - Vocation, Initiations, Daily Worship and Public Penance
Chapter 3 - Isiac Priests, Priestesses, Religious
Chapter 4 - Isis and the Calendar
Chapter 5 - The House of Isis: Isiac Temples
PART TWO - Historical Survey of the Isis Cult in the Roman Empire
Chapter 6 - From the Late Republic to Antony and Cleopatra
Chapter 7 - From Augustus to Caligula
Chapter 8 - From Claudius to Domitian
Chapter 9 - From Nerva to Commodus: The Isis Cult in the Antonine Period
Epilogue
Bibliography A. Ancient Works
B. Modern Works