A Dictionary of 1,000 English Loan Words in Cuban Spanish With Usages, Synonyms, and Etymologies 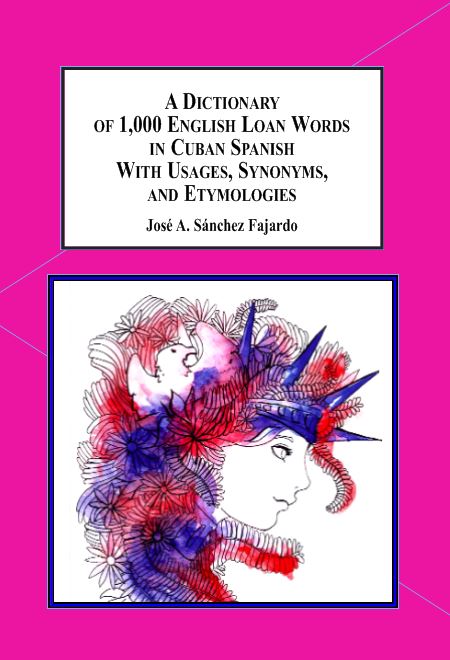 This work is a differential dictionary that compiles Cuban anglicanisms (calques and loanwords) that have been found in written and oral texts that cover the last century. Most of the dictionary entries are accompanied by authentic texts, synonyms and etymology to guarantee an easy understanding of word meaning and formation.

"His passion for Cuban language and culture, his "cubiania," added to an obliged distance from home, the foreigner's resource, so often resorted to in the literature to convey a work with objectivity. And as a corollary of his theoretical study he compiled an extensive glossary, converted today into the dictionary readers have at their hands." Dr. Felix Rodriguez Gonzalez, University of Alicante

"... is a significant contribution to the study of the sociohistory and development of anglicanisms in one of its traditional (but as yet insufficiently explored) breeding grounds. The glossary is also valuable in another important respect: it mirrors the way Cuban culture and society have changed down the years and gives insight into a number of cultural traits which have long remained elusive to researchers." Dr. Antonio Lillo, University of Alicante

The Anglicization of Cuban Spanish